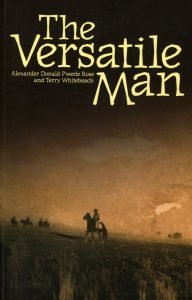 The life and Times of Don Ross, Kaytetye Stockman

“They called me the versatile man,” Don Ross recalls. “I put up windmills, fixed the trucks; I only had to see a thing done once and I could do it. That’s how I was.”

Born in Barrow Creek, north of Alice Springs, to an Aboriginal mother and a white father, Don grew up on Neutral Junction station, between two worlds: the white settler world of his grandfather and other station owners, and the Kaytetye world of his mother’s family. He knew both cultures and spoke both languages, and experienced the uneasy tension of living between the two.

Don was an eager eight-year-old when he first started work in the stock camps on his grandfather’s cattle station in the early 1920s. In a series of yarns he delights in recalling the many colourful characters who crossed his path, and recollects the arduous and often dangerous life of a stockman.

“I’ve done some mongrel jobs,” Don admits, and the worst? “Shifting bloody cattle. Walking them when it’s hot and there’s a long way to go to water. Oh gawd, you wonder whether you’re going to make it there, but you keep on going.”

Don Ross (Alexander Donald Pwerle Ross) was a renowned yarn teller, stockman and former Northern Territory cattle station owner. A Kaytetye man born in Barrow Creek, north of Alice Springs in 1915, he was known both for his prodigious strength and many skills and for the number of children he had sired! An engaging man, even in his twilight years. Crippled with arthritis and suffering from emphysema; his eyes nevertheless would light up as he regaled his listeners with tales of his earlier years as a skilled and hard working cattle man.

The life history is a collection of oral occasions – stories, talk verbal exchanges – with occasional questions left in the text to remind the reader than this account is not a self-generated monologue but the record of many conversations, formal and informal, with a range of people – and bears witness to fluctuations in mood, and detail, as well as to the formality and informality of the situations in which the conversations took place. It also includes information from archival material – and conversations that ensued after showing Don the maps, transcripts and other documents I had discovered in the National and NT archives and at AIATSIS in Canberra.

I came to care for this old man deeply, during our many many hours of conversation, and when he passed away, I worked with IAD linguists and with Don’s family to complete the book, which is essentially the documentation of a man’s working life, set against the race issues and changing government policies of many decades.

The Versatile Man is one part of the story: one man’s reflections on his extraordinary working life in the Northern Territory pastoral industry. It reflects certain aspects of the reality of a ‘versatile man’ – a man whose life was lived within a vast sweep of history and social change and who negotiated with humour and personal skill the complexities of the times.

The Versatile Man is available from IAD Press:

See also my books co-written with South Sudanese people, including