I want my poems to be heard, not just read silently. Paddy Carrol Tjungurrayi, Pintubi elder, explained it to me this way, ‘Nakamarra, you gotta have that story in here (tapping his forehead) not just on bit a paper. That’s how we do ‘im.’

I am in love with the rhythms of speech: I rejoice at the vigour and celebratory power of the language used by children, and have found this same robust energy in Medieval literature, in Inuit songs, in the ceremonial language of many races and in the ‘non-standard’ English of most of the conversations I hear around me.

I have five sisters, four grown children and a lot of other relatives (though the ranks are thinning, now). We all sing, talk, argue and tell good stories. 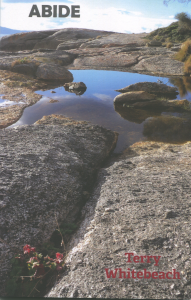 A selection of poems, which spans three decades,
Abide celebrates landscape, loss and love,
& both the fluctuating and abiding nature
of human connections and interactions. 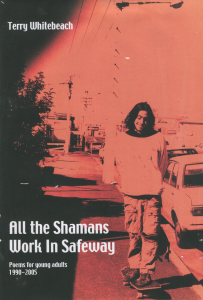 All the Shamans Work in Safeway

From country Tasmania to the Kimberley, through Central Australia to the pueblos of New Mexico, from Alaska to Antarctica and back again, the everyday shamans of this world have been discovered, living their ‘ordinary’ magical lives. The poet shape-shifts the language of home, work and school and transforms its joys and despairs, its hopes and humour into celebratory verse. 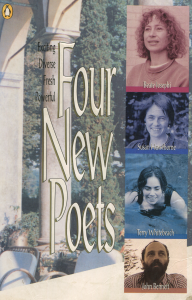 Shortlisted for the 1994 WA Premier’s Award

This book is currently out of print.

…dominated by some marvellous poems about the poet’s family, especially her feral, much-loved children. … Denis, celebrated in the first poem, must be one of the really remarkable creations (factual or fictional) in all Australian literature.

Read an extract from Bird Dream, ‘Ex-Husband’ – all about Denis.

I named my first poetry collection after this engraving by brilliant and inspiring Inuit artist Kenojuak.

If you love poetry, see also – The Sky Falls Down, An Anthology of Loss, edited by Terry Whitebeach and Gina Mercer